Devil's Isle is a region in the world of Lineage 2 Revolution.

The Devil's Isle is a place where Zaken, who is famous for his brutality, and his pirates are sealed together with tremendous treasure. Despite the enormous treasures that would make adventurers want to epxlore the isle, there are still only a few adventurers who do so because Devil's Isle is very dangerous. By the way, all the undead pirates that were at Giran Harbor are all Zaken's pirates. Zaken's pirates are based on Devil's Isle and they would not appear at Giran Harbor, unless something happened to Zaken. The guard captain of the Giran Army dispatched an advance team to investigate the problems on Devil's Isle. 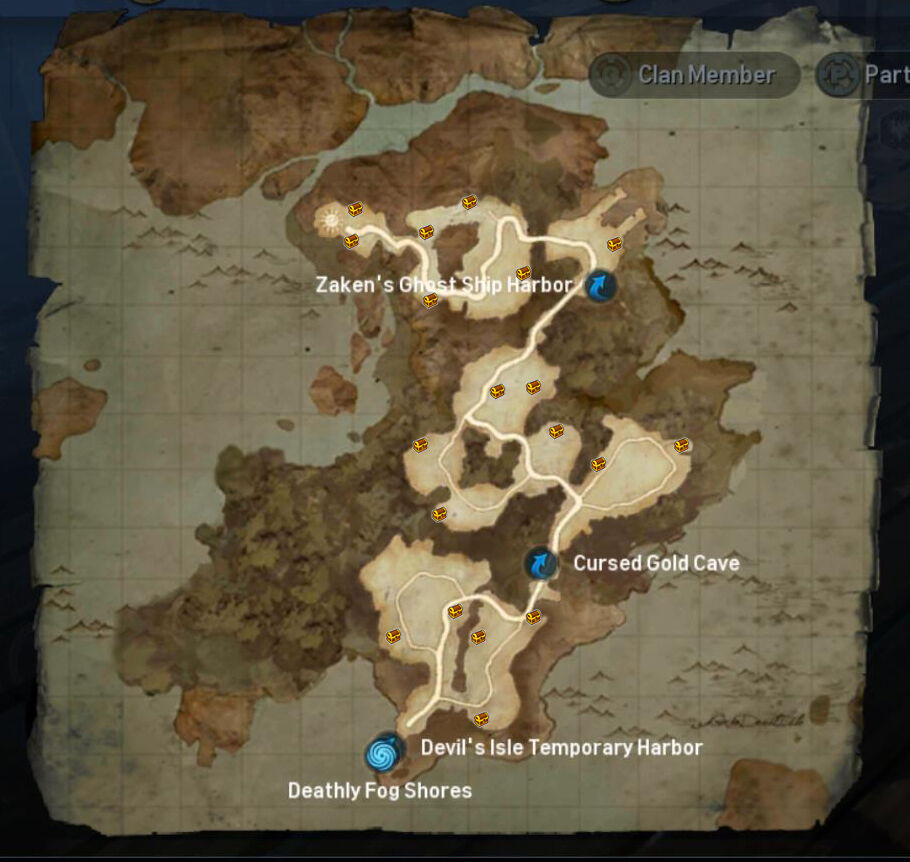