Deathly Fog Shores is a region in the world of Lineage 2 Revolution.

The Giran Harbor, which was the center of all trade in Giran, lost the good reputation it once had. Ol Malhum Bandits are in the vicinity of Giran Harbor, and they are swinging their hands all around. The Silver Mercenaries realized that the appearance of the Undead Pirates at the Harbor, which caused it to be at a standstill, was no coincidence.

In order to get rid of the root cause of this, you will have to go to Devil's Isle. However, before you can go to that isle you will have to return the harbor to its normal state. The Dark Brotherhood are also busy on the move trying to achieve their goals in order to expedite the complete resurrection of Bereth. We are going to explore the secrets of the Giants Plains that are in the Deathly Fog Shores. perhaps the Undead Pirates that have appeared at the harbor may be associated with the Dark Brotherhood. 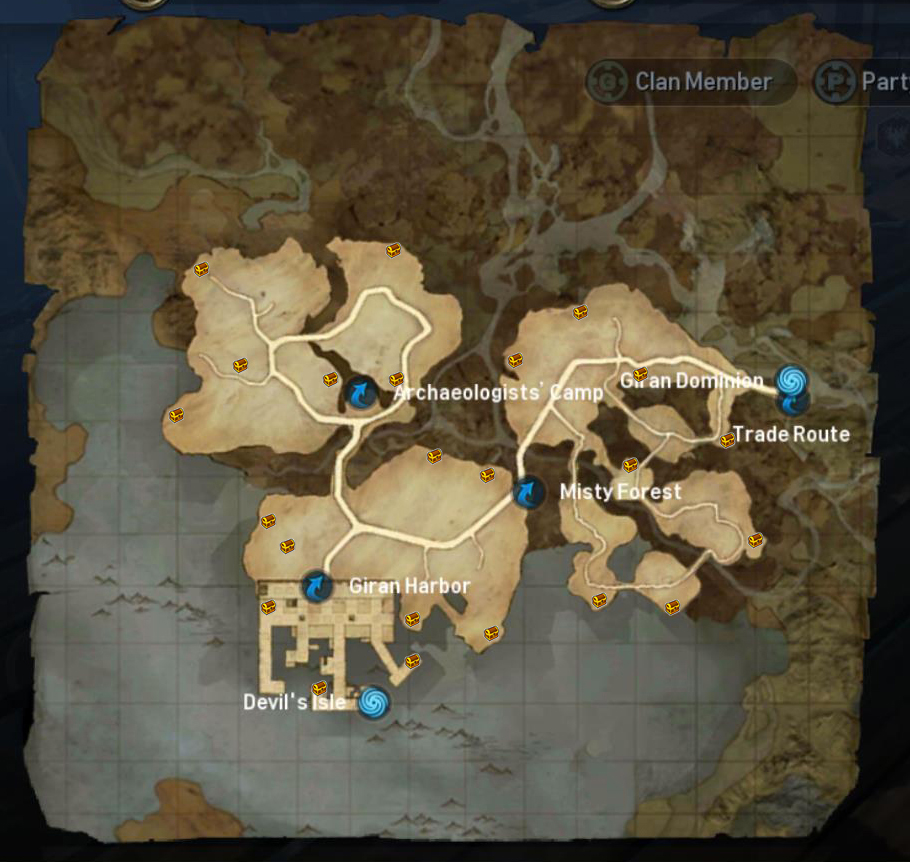